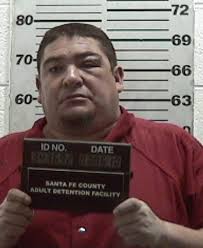 From KRQE
SANTA FE — Already serving a 40-year prison sentence for driving drunk and killing two teen girls in a car crash, James Ruiz is suing a drinking buddy and the restaurants that served them alcohol.
The wreck happened March 5, 2010, when Ruiz drove his friend Gilbert Mendoza’s truck after a long night of drinking. Ruiz caused a massive pileup on Cerrillos Road in Santa Fe that killed Deshauna Peshlakai, 17, and Del Lynn Peshlakai, 19.
His blood alcohol content was 0.22, nearly three times the legal limit. At the time of the crash, Ruiz had already been convicted of three DWIs and was awaiting trial on his fourth.
Ruiz was convicted of vehicular homicide in 2011 and is serving his time at the Western New Mexico Correctional Facility in Grants.
Now he’s pointing fingers.
On Wednesday Ruiz filed a hand-written lawsuit from behind bars in Santa Fe District Court against the Blue Corn Cafe, Applebee’s and Mendoza.
In the lawsuit, Ruiz claims ….MORE

Santa Fe Crime does an excellent job of tracking all the details of this killer’s night out on the town!